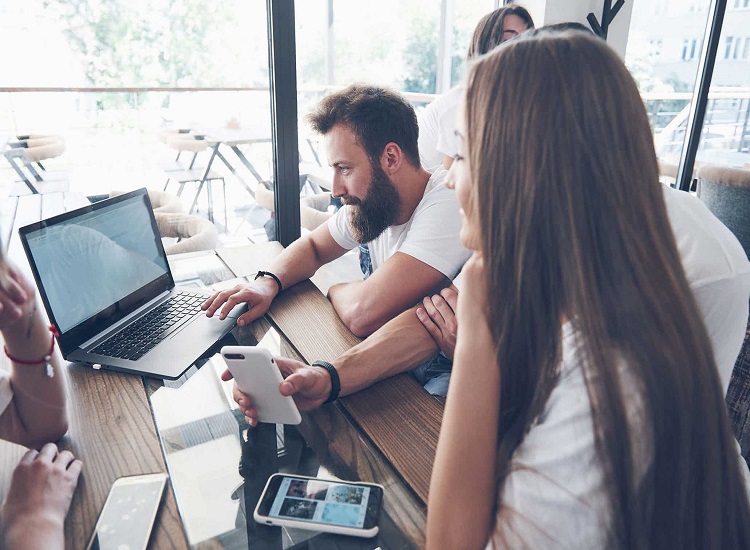 We welcome you to the third era (V 3.0 that others would say) of our website. A web pioneer in the field, which was born 6 years ago. In the following lines, we explain how the intellectual and physical birth of it took place.

At the end of 1999 the idea was developed, at that time everything that was not “online” did not exist, it was the era of modems, free connections, the great Internet bubble … We thought that the Internet offered the ideal support to share information about the discipline with alumni, collaborators, academics, etc. And so the first mkr.com emerged, presented at the seminar that Professor Orafla conducts on relational marketing at ESADE every year. As usual, we arrive just at the appointment with part of the work to be done. They were other times and then they took the “frames” or frames, Netscape was still used, and one of the last shouts of the web design were the navigation menus formed by image maps that were sensitive to the mouse position.

The first web of relational marketing was a web page with an upper frame that grouped the navigation menu and a lower frame that showed the content. It was a “manual” job since it was done almost entirely with the windows editor (the “notepad”), for the images a “demo” version of Macromedia Fireworks (version 3.0) was used.

Over time we made several improvements to the web, the inclusion of a registered user area, a forum, all using Perl scripts on an IIS-based server that did not get along with this type of application. There were many hours of searching, documenting, testing, but we finally got it and mkr.com had a forum and an area for registered users (the forms were sent by email and the registration process was manual).

The second era: design stability and first experiences with BBDD.

In 2001, specifically in the spring of 2001, we decided to change the web design, the idea was to offer the first page as a summary of the content of mkr.com. The design was inspired by the old website of the Generalitat de Catalunya. I tried to combine the ease of navigation of a portal, with the appeal of a classic corporate page, objectives that were achieved halfway. It was done using Frontpage which offered some flexibility when publishing or updating content but still using the old Perl scripts for the forum and the user area.

Version two of mkr.com has been the most durable, to date, of all versions. As the needs of the website grew and the number of collaborators increased, it became necessary to improve the tools and investigate and collect information on the methods to develop them. The first improvement arises a summer when we decided to create a bibliographic database on the discipline. After seeing the limitations of our “hosting” and those that mark our knowledge of web technology, we decided on an Access database and a page in * .asp format that consults the database and shows the results.

It is enough, for the moment, but with the passage of time and as the number of visitors grows, this section and especially the registration request an update. The decision comes even with the offer of our host to offer a connection to databases as part of the standard package. It is time to document, test and finally configure a registration page, an access area for registered users and a series of dynamic sections based on * asp and MS-SQL. For this, we have the help ofJosé Alonso, one of our most active (and altruistic) collaborators, who after reading a book in a couple of evenings (totally serious), was in a position to write the necessary code to make mkr.com more dynamic than ever.

In the summer of this year (2004) there is a fact that marks the disappearance of mkr.com for a few months. Internal administrative problems of the hosting service provider cause mkr.com to be offline for more than three months. After multiple emails, calls, waiting, headaches and thinking that the project should be terminated, we think about the commitment made with the community of web users and we decided to change providers. The process that occurs when our energies were focused on the edition of the book “Key issues in relational marketing”

The change has not been easy, along the way data (the user database) has been lost due to the negligence and bad forms of the old provider and, above all, it has taken a lot of time and effort to be able to be online again. Effort has been pleasant because we have taken the difficulties as an opportunity for change.

Customer Management as an Opportunity

The Exploration of the Tax Audit Norms

Strategies to Capture Customer Value or Destroy It